This value has intangible enemies. One of the most powerful enemies of Human Potential is the psychological climate, and leaders are the main responsible of this climate.

Toxic leadership as a concept is making its way especially in the literature on Army Leadership. A toxic leader is a person who has responsibility over a group of people or an organization; he/she abuses the leader–follower relationship by leaving the group-members or organization in a worse-off condition than when s/he first found them. 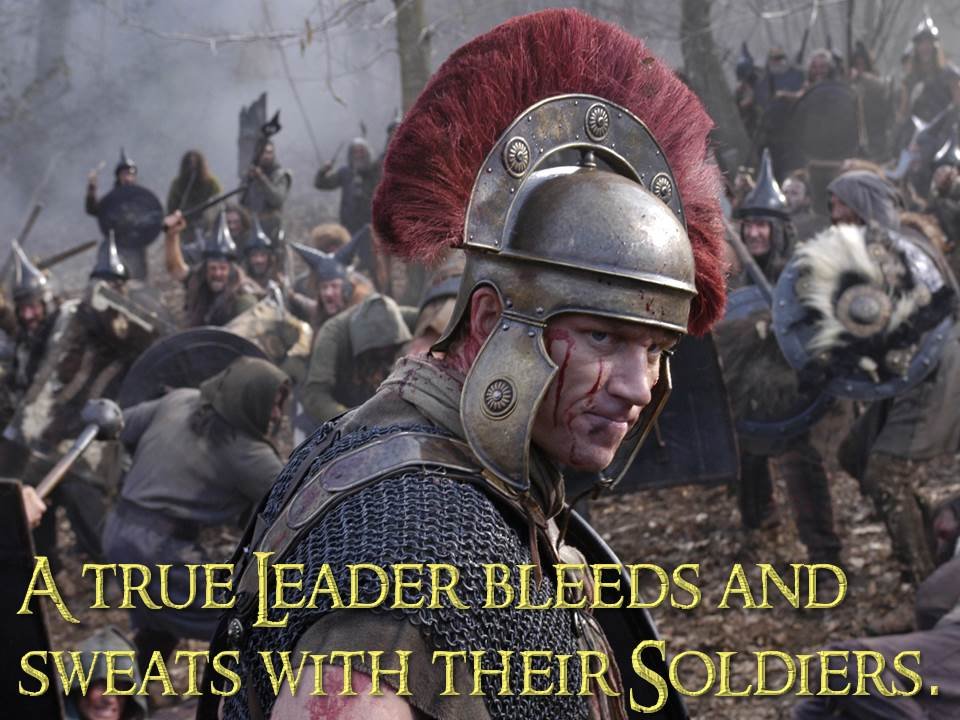 It is already clear that a Toxic Leader brings his people to mentally starve, to die and suffer either physically or for stress.

It is the same type of leadership based on lies and superficiality, a “great packaging and empty values” style. This style brought to corporate disasters such as Enron, and it is present in any world failure. This problem is everywhere. It is so widespread that US Army revised its leadership bible, Army Doctrine Publication 6-22, to detail what toxic leadership means for the first time.

Top commanders in the U.S. Army have announced publicly that they have a problem: They have too many “toxic leaders” — the kind of bosses who make their employees miserable. Many corporations share a similar problem, but in the Army’s case, destructive leadership can potentially have life or death consequences.[1]

The manual defines Toxic Leadership clearly and states its dangers:

“Toxic leadership is a combination of self-centered attitudes, motivations, and behaviors that have adverse effects on subordinates, the organization, and mission performance. This leader lacks concern for others and the climate of the organization, which leads to short- and long-term negative effects. The toxic leader operates with an inflated sense of self-worth and from acute self-interest. Toxic leaders consistently use dysfunctional behaviors to deceive, intimidate, coerce, or unfairly punish others to get what they want for themselves. The negative leader completes short-term requirements by operating at the bottom of the continuum of commitment, where followers respond to the positional power of their leader to fulfill requests. This may achieve results in the short term, but ignores the other leader competency categories of leads and develops. Prolonged use of negative leadership to influence followers undermines the followers’ will, initiative, and potential and destroys unit morale.”

Let’s look at leadership and leadership styles in Companies. Today’s leaders are unreachable, perimetrated by filtering yes-man, they don’t know anything of what happens in the real life of workers and normal people, they float on an ocean of which they ignore the depth, they do not know the fishes that are swimming underneath, and they feel them as distant as another galaxy. They live in the top floors of prestigious buildings and don’t even know how the day of an employee is, and the real problems of the clients.

The world as an interconnected entity is a “freak” concept to them and what happens in other countries is not of interest unless it touches their personal profit. They are faithful only to themselves and their personal interest.

This is quite the contrary of what we would expect, right? We need to be loyal and responsible not only to ourselves, but to mankind advancements.

Loyalty and dependability are not an option. They are a must.

Let’s see the distance from the model of the Toxic Leader and the model that emerges from the words of a great Roman Leader, Emperor Maurizio, General of the Eastern Roman Empire in the 6th Century:

The lifestyle of a General must be linear and simple as that of his soldiers; he must show a paternal affection towards them, he must give orders calmly and always try to give suggestions and discuss important topics with them face to face. His concern should be their safety, their nutrition and the regular payment of the salary…[1]

How many companies lost this face-to-face contact with their people and clients? But let’s not think that Emperor Maurizio was only a good and wise “father” of his troops. In his treaty on Strategy, he also affirms that a good General, at the first emerging signal of lack of discipline must act to solve it immediately, without postponing it up to the point of letting it grow bigger.

Every time you see a corporate disaster (airplane crashes, ships, nuclear disasters as Three Miles Islands, Fukushima, Chernobyl, chemical, pollution, the Columbia Shuttle disaster, Lufthansa-Germanwings air crash, etc) we see that those companies wrote “Safety First” on every page of their internal manuals and external ads, and had never practiced for real.

The top management of almost any company treats corporate values of social responsibility as mere propaganda, assigned to PR companies and campaigns, but has an enormous internal deficiency of real values.

The ability to communicate well and lead well is not just a gift from nature but is something that can be learned, achieved, produced by exercise, by coaching and feedback, and mostly, the will to improve.

You almost never hear a top manager or CEO to give any real advice and coaching to leaders and manager on the fact that safety depends on a positive lifestyle, a clear mind able to perceive situational awareness, and Mental Training. Simply following procedures is never enough.

Procedures applied in conditions of mental chaos, are completely useless, all the disasters that happened where in companies and organizations whose “procedures” where so many that it was needed a “procedure” even to use common sense.

Getting back to a healthy communication style and generating healthy relationships is a must for every leader and every team-player that refuses to live in a box or in a psychologically filthy environment.

The reality between what you see inside companies is very different from what has been tought to you. Nice ties and dirty mindis, expensive clothes dressing miserable souls, are the average truth you find inside most leaders in most organizations.

We too often seen companies leaded by arrogant people, without values, without ideals, idiots who would sell their mother just to get ahead in the hierarchy, to escalate the pyramid of the company or society. Put in front of them a choice between a mildly lower compensation, and a compensation increase of 20% in the next term, requiring a solution that will endanger people of a remote country, or within their country, the second generation after them, and you will see. Sometimes they even do things that might endanger their first generation’s future in 20 years, even their sons, but they do not care.

Ancient wisdom seems lost in face of a trimester data, a quarterly revenue, or a dental care insurance, or the possibility of having a larger pool in the penthouse.

These are not our reference points. Really, they are not. They are not “a career”, but an illness.

Isn’t there anything else or different? Well. There is!

A very ancient world, a world that seems lost, holds this secret. The Greek-Latin World is a “time window” in mankind history, a space that gave birth to places like the Library of Alexandria, where the best thinkers met and lived their life as a community of enlightened individuals,

Their passion: to shared ideas and advanced knowledge both in science and self-consciousness.

The flow of personal energy and human research is a way of life and not something you can “buy and get done” in a weekend. The search of soul and advancement, the “sacred fire” of human research, are still breathing. All we need to do is to take the spirit of Alexandria, Athens, Sparta, and Rome, and bring it alive, breathe with it and feed our souls in our very own lives.

A spirit that brought to mankind concepts of freedom. A spirit that had the noble purpose of having people to join and share, rather than only fight and battle against each other.

(Latin for “Together we are Strong”)

What could the human race achieve if it embraced the motto “Together we are Strong”?

The search for the soul and the best of human energies has no place and no time. There is not a fixed place in history or in a single geographical point. This spirit is an entity, an “Egregore”, a positive Egregore, an energetic entity of human power. It appears and disappears from time to time as a precious flower. It is a flower that we want to let grow in our inner garden, now, and forever. A leader is one who seeks constantly to implant “positive egregores” within his/her group or community.

Let this way of being be a part of our lives.

Egregore[1] (also egregor) is an occult concept representing a “collective state of mind” or “collective consciousness”, an autonomous psychic entity made up of, and influencing, thoughts of a group of people. In this perspective, I think it applies perfectly to the concept of “Group Thinking”, “Group Atmospherics”, “Group Moods”, “Group Feelings” that are the Center of Gravity of any Group Performance.

Positive Egregore do exist (e.g. the search for Human Potential) and we must feed them against negative Egregore (e.g. cultural arrogance, religious movements that oppress free thinking, “memes” that propagate wrong “missions” and sick communication styles in organizations).

A real leader is one who is able to bring “positive egregores” inside his team, passion, real values, real help, real sense of mission, real closeness, and eats the same shit that the others eat or the same cakes the others eat, feeling that he/she is not above the group but in the group. But these leaders are by far less numerous than those who bring inside their team thinking styles pervaded by “burocracy for burocracy”, closure to different experiences, narrow-mindedness, lack of time-perspective, and wrap up all this with a packaging made of “distance” and fake superiority.

Positive search is a way of thinking and being. The same way of being that gave birth to concepts as “Democracy” in Greece, the creativity of Leonardo da Vinci in Italy, the Genius of Archimedes in Sicily, and tangible buildings that are still unmatched as the Pyramids in Egypt.

What enabled this level of human advancement? And how far could we go if we could reach again that level of sensibility, both as a species, but also and especially in our very own personal lives? We can start here, now, and let this river flow forever in our lives.

[1] The first author to adapt “Egregore” in a modern language seems to be the French poet Victor Hugo, in La Légende des Siècles (“The Legend of the Ages”), First Series, 1859. The word is the normal form that the Greek word ἑγρήγορος (Watcher) would take in French. This was the term used in the Book of Enoch for great angel-like spirits. Source: Wikipedia online