Abstract
Semiotics, the science of meaning, codes and communication, is an extremely powerful tool that can help leaders to be ore effective by acquiring the most profound side of leadership: the building of sense, purpose, and vision, inspiration for the Self and for entire groups. 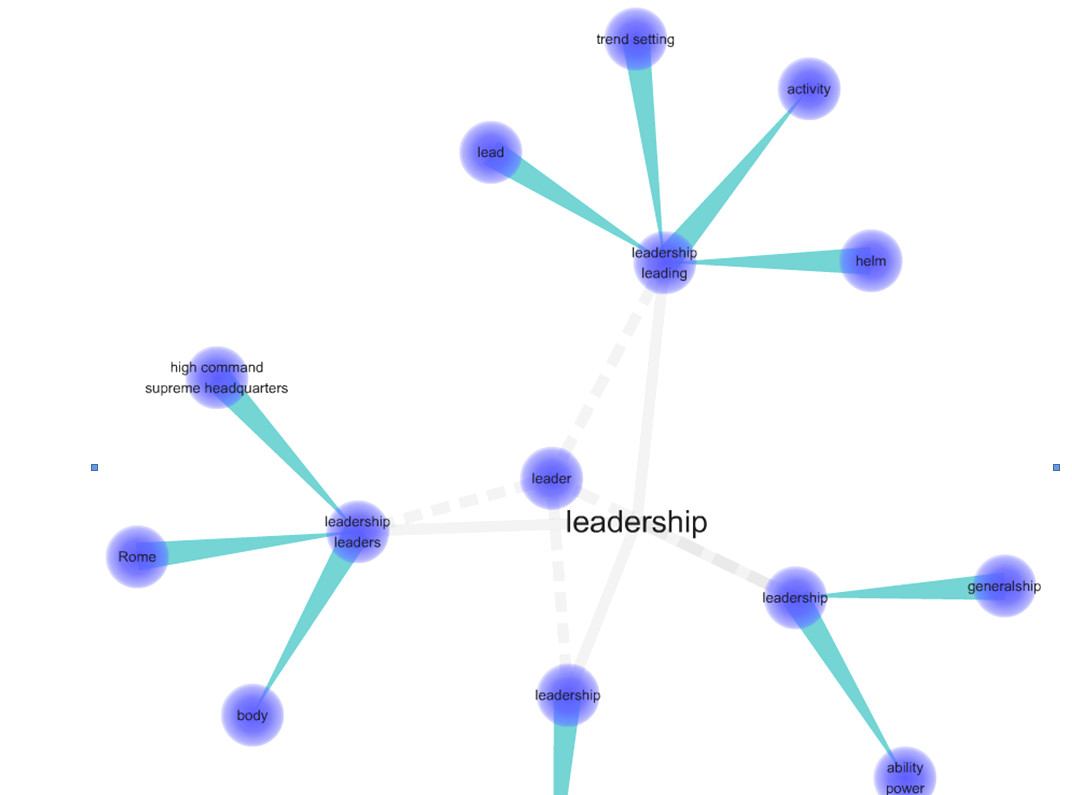 In Semiotics, Leadership can be analyzed in two very different ways:

Denotative Analysis should be as much as possible “objective”, non-judgmental, descriptive, sensorial, refer to perceived signs without any attempt to judge it, while Connotation, on the contrary, is and must be the judgmental side, seeking to extract the “sense” of any sign, evaluate it, confront its essence with values, beliefs, and even personal norms.
The work I conducted during 30 years of research and practice identifies the 6 main “vectors” that leaders use in generating both their internal world-views and their external communication.
The Exa-Leadership models derives its name from the word Six (Exa) in Greek language. In this model, Leadership is a holistic spectrum that can arise from: 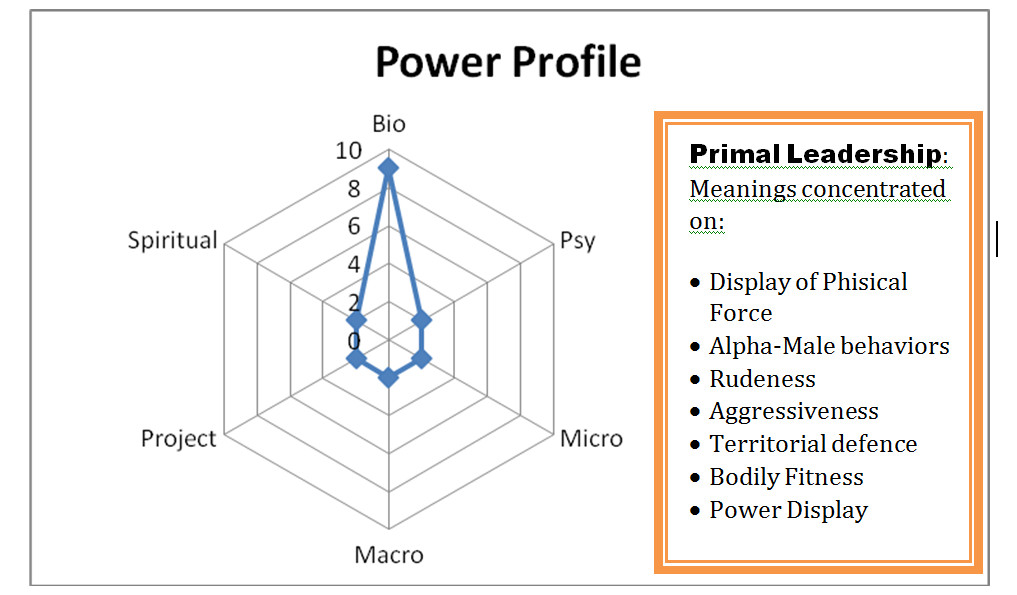 Any company places expectations and very often lots of money on shaping public opinion’s views about how it wishes to be perceived.
Perception Engineering is really the effort of shaping and manipulating perceptions by scientifically placing and choosing the right “Signs” that can convey the right “Perception” in a given target audience, or change it strategically.
Any Leader and any company derives its specific Leadership Style and Behaviors from a unique mix of one or more of the six factors.
The “Power Profile” that emerges shows graphically the type of Leadership style.

Primal Leadership has to to with our animal side, the most basic instincts of survival, sex, reproduction, food, defence and attack, which require strength and fighting.
The external signs of this leadership attitude are everywhere and depict a historic stage of humanity where the animal side of humans is still the grounding force of external communication acts, even in the business environment, despite any tie or effort to acquire a higher status as “enlighted” species.
This can be the seen clearly in how western sports (as Soccer or Football, Volley or Basket) still contain a very high dose of combat and aggressiveness. Even more, combat sports, as seen in western MMA (Mixed Martial Arts) adopt a “Primal Style” of Martial Arts: external signs are filled with strong bodies, tatoos, and muscularity, behaviors as confrontation, aggression, and visually, lots of blood. For those who adopt this view, if there is not enough blood, the fight has not been good enough. Instead of showing the deep respect of the adversary in the pre-match confrontation, athletes are expected to practice “trash talk”, offend each other, show disrespect, and “fire up” the atmosphere, very likely to enhance viewer’s smell for blood. Everything is loud, from the music to the public screaming and the level of aggressiveness.
This is a completely different way of interpreting the meaning of the word “Martial Art” if we confront it with oriental cultures and practices, such as in Karate, Judo, Aikido, Wushu, Taekwondo, and many others, where the “Signs” use are much more clean, minimal, there is no unneeded aggressiveness whatsoever except for the focused action, participants are expected to behave with great composure and respect, atmosphere is permeated by mystical forces, deep inner strength, search for spirituality, no need for excessive external strengths display. The enphasis is on the search for inner energy (the “Chi”, “Ki” “Qi”) that needs no external demonstration, even when Martial Arts (as for Samurai or Ninja warriors) became a matter of life and death.
The same distinction holds true for Leadership Style. We can have an “externally powerful” Rambo-like leadership style, based on show of power, aggressiveness, status symbols like huge cars, building, private airplanes, behaviors of “boldness” and power, or a “Chi-based” style of leadership emphasizing inner strengths, based on remaining humble and internally powerful without any need to “overshow”.
These two distinct styles can be analyzed deeply by means of Denotative Analysis (what external and perceivable signs and behaviors leaders use) and Connotation Analysis (what meaning are conveyd by specific signs and behaviors). So, the Tao symbol becomes not only a graphical display, but the symbol of an entire worldview of the search for harmony and inner energies. And on the contrary, a “Death Skull” symbol becomes the sign of bravery, the lack of fear and love for fight. A storm can be used to visually “suck” the meanings associated to rapidiy, flash action, power and devastating energies.

The choice of any symbol will denote not only a graphical choice, but the appreciation or belonging of the individual to an entire world-view.
Semiotics is not just visual, it is poli-sensorial. The way you shake hands can convey meanings (gentle, strong, or agitated), what you eat and the way you eat it, even the way you walk and your posture.
The same holds true for the choice of a manger of a specific dress-code, the verbal and nonverbal signs used, the parfume he/she will use, the place where he/she will want to set the next meeting or the painting on the walls.
The Exa-leadership model attempts to grasp which variable is most active in a leadership style, and what generates strong leadership as opposed to weak leadership. 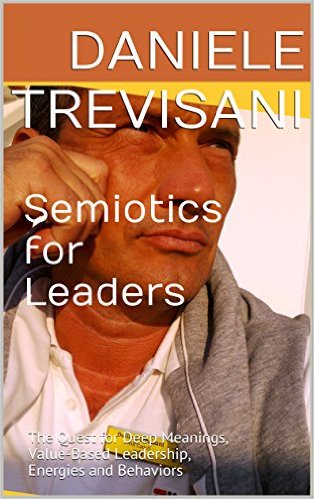 There is no Power without Knowledge. Wisdom and “Noesis” for Climbing the mountains of life

Even small tasks like making a phone call or going into a bar and interact with someone, can become huge mountains to climb when we are empty of energies. And very often we give up even before trying reaching the first step.

Our view is that it is always worth trying to improve ourselves, we can become alchemists of our personal growth, alchemist for organizations or clients, and deeply inside, researchers.

Researchers do not just look for data. Researchers look for knowledge, meanings, truth, getting rid of fake perceptions. The result of a good research into the truth is “Noesis”, the generation of new patterns of thought, new light, new knowledge that replaces fake or unreal assumptions and truths.

Been rooted in ancient European philosophical texts, we will often pay a tribute to Latin Wisdom, phrases that explain, much deeper that modern “fast and easy” manuals, deep meanings for leadership.

S/he who dares wins

The art and science of accessing and opening the vast amount of hidden human energies has just begun.

Fortunately, a new Science of Human Factor is rising, a science of what Humans can do, achieve, and generate, when functioning at their best.

Any science is based on knowledge. As the following semiotic map depicts, knowledge or “Noesis” is strongly related to Power. Cognition, knowledge, and therefore training, study and research can generate Power

Having “Power without Knowledge” is like giving a gun to a 1 or 2-years old baby, that will use it as a toy, very likely killing someone by mistake, generating severe damages. Knowledge, instead, can become the instrument for developing and improving the world we live in.

For functioning at our best, we need to take into account the fact that we are made of physical matter (bones, muscles, tissue…) but also have dreams and feelings.

Our intangible states, emotions, our levels of consciousness, our values, desires, memories, assets and skills determine the performance we can achieve, the life we can have, the mountains we can climb, the oceans where we can swim, the landscapes that we will be able to see.

The HPM Exa-leadership Method derives its name from the primary objective of Modeling, giving “shape” to Human Energies, generating power and “crafting” intangible possibilities into real life and real action, as much as an artist gives shape to its distinctive and unique form of art starting from a vague idea.
______

The conceptual network of Human Power

Power is the capacity of reaching a goal or get something done.

Reaching a goal, heading towards a vision or fulfilling a task requires energy. One of the highest skills of leaders is that of activating people’s power and energies towards a goal. To activate means to put those energies into a flow, a flow that can build or destroy almost anything.

Power to act and to generate changes makes the difference between life and death. Think of how important leadership can be in managing a fire brigade team, or coordinate a rescue team, and you will find easily how leaders need not only external signs of leadership (e.g. uniforms) but really internal set of tools and values that make them special people.

Several “semantic maps” (a Semiotic tools) will be used to show the meaning connections among hot topics of leadership.

As this first semantic map shows, ability and power are closely connected to skills acquirement, to mental faculties, to knowledge, and leadership. 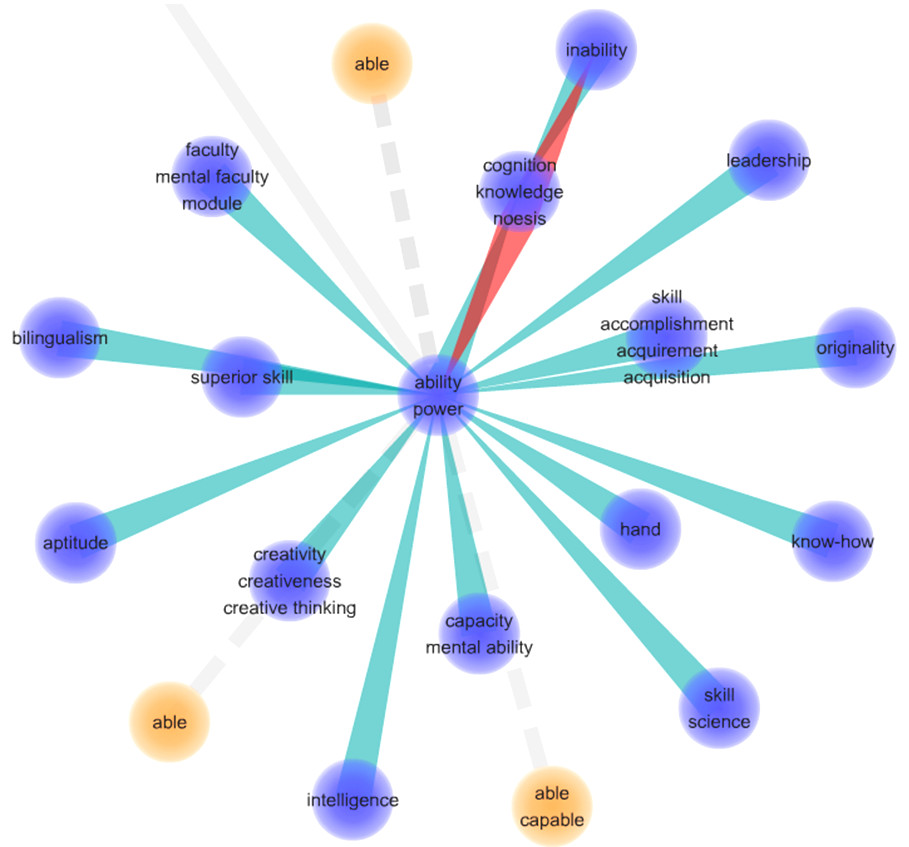 This map shows connections among concept from WordNet® an official database from Princeton University[1].

Given this complexity a working model that deals with the ambition of helping humans in reaching their full potential in leadership should really be holistic and pragmatic.

A holistic/pragmatic approach to Human Potential does not make a clear line between pathological conditions and “normal” condition, sick or fit, white or black, but considers instead any human as a “system” whose energies can vary along a continuum, a system whose possibilities can unfold given proper stimuli, starting from any condition and state.

The holistic/pragmatic approach therefore becomes useful both for counseling interventions and for coaching, for research purpose and for management of HR interventions, for sports athletes and for high performance teams in any field.

There is no limitations to what can be achieved by a good work on Human Factor, since wherever we have a Human Being, any form of improvement will be possible given the right will and the right knowledge.

Knowledge itself is power.

The clinical area is not marginal. It also concern the psychosomatic improvement, the mental condition, or the advanced frontiers of human understanding.

A solid work on Human Potential, Performance and Leadership must comprise the Mental State in which humans work, as well as that mental state is the right one for the goal, and how to improve it. It must also include a strong foundation, teaching values and forcing them to be appliedby leaders into everyday behaviors and everyday decisions.